We are aware of an issue affecting the lodging portion of our site and are working to restore functionality. Our apologies for the inconvenience.
Looking for Covid-19 Entry Requirements? These are found on location-specific pages under the Destinations tab.
We may receive a referral commission from affiliate partners for linking you to great deals. Learn more. 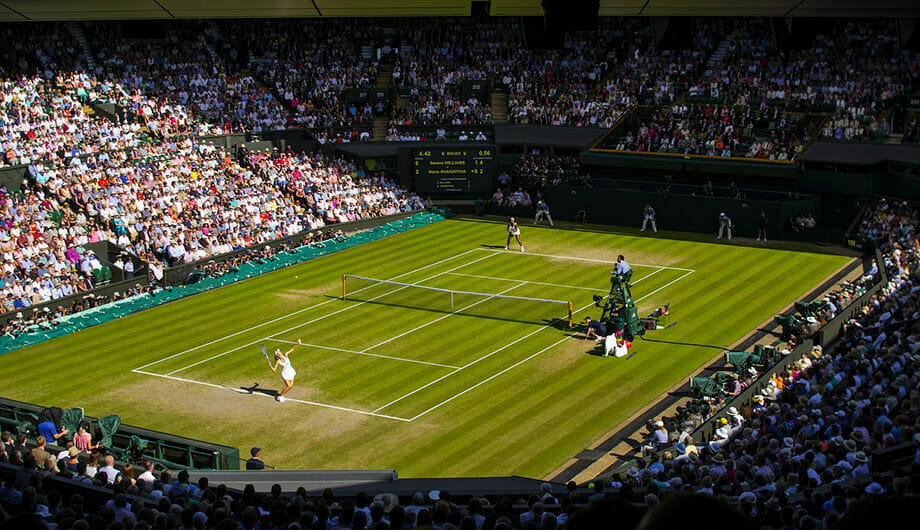 The 2022 Wimbledon Tennis Championships are sure to be one of the year's marquee sporting events. Since 1877, this London-based tournament has grown to become the world's top tennis competition featuring the best players, celebrity spectators, and exciting matches. And we'll help you get there!

When and where will Wimbledon 2022 take place?

The 2022 Wimbledon Championships are scheduled to run from 27 June – 10 July, 2022 at the All England Lawn Tennis and Croquet Club in London, England (see more detailed location info below). The full Wimbledon event schedule showing planned dates for the rounds of singles and doubles competition can be accessed here and grounds/court maps can be found here.

Where can you buy tickets for Wimbledon?

Tickets for Wimbledon can be purchased through the official event website here. Tickets may also be available through secondary re-sellers VividSeats or Viagogo.

Where is the best place to stay for Wimbledon?

The best place to stay for Wimbledon is in the Wimbledon neighborhood of southwest London. For those wanting to combine a trip to Wimbledon with other London sites, the corridor along the northern side of the Thames River on the Underground District Line (Fulham, Chelsea, Kensington, Westminster) presents an attractive option.

See below for the best hotel & lodging deals in the Wimbledon area (enter dates and zoom out/in to see more options at various price points).


Don't wait until the last minute… around the dates of the tournament, lodging in the Wimbledon and surrounding areas will become more scarce and prices will go up.

How do you get to Wimbledon? Are public transport options available?

The address for the All England Lawn Tennis and Croquet Club is: Church Road, Wimbledon, London, SW19 5AE

For flights, London’s Heathrow (LHR) or Gatwick (LGW) are your closest and best options; both are major international airports.

How do you find cheap flights, tour packages, or things to do near Wimbledon?

Here's a link to our London Travel Deals page and below are some top things to do in and around London via our affiliate partner Viator, a Tripadvisor company.

Our site uses cookies to improve performance, analyze traffic, and track referrals. By continuing your navigation, you consent to their usage. Please see our Privacy Policy for more information.